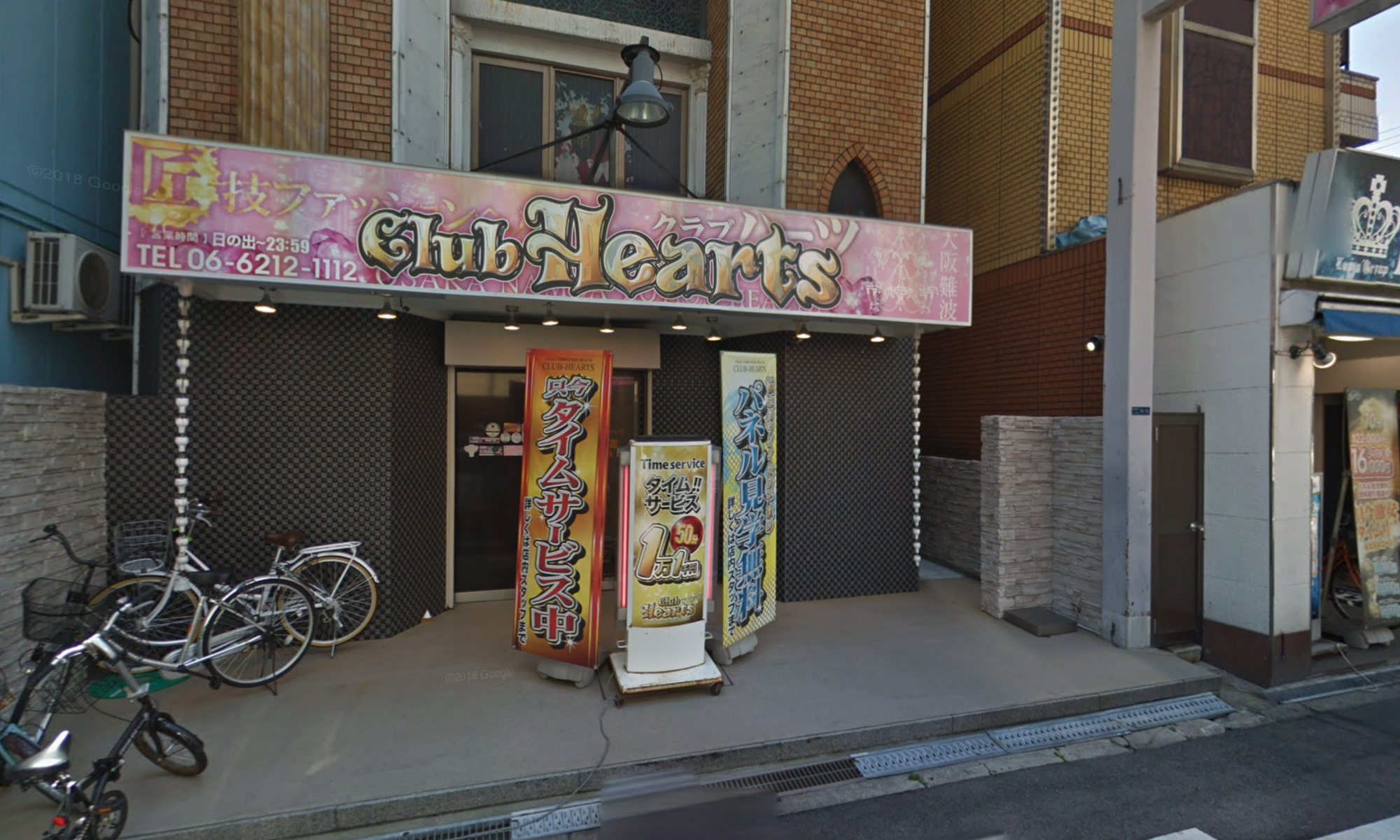 I promised a Part 2, and here it is! While I was only in Japan for a short while I did manage to have a few experiences in the local whore houses of Osaka.

I’ve always written off Japan – probably because it’s so fucking expensive for everything except fantastic food, but I realise now that there is a value to quality over low cost.

Just as a bit of background, Japan is well known for its kinky sex. One only has to visit Genki Genki or Night24 to experience perhaps the extreme end of this. One of the reasons for this is that prostitution is legal, except for the penis penetrating the vagina. Anything goes, but don’t make a fucking baby, ojichan.

I was looking for a place called Club Amour in Osaka near Namba, as I’d been told this place was foreigner friendly. While I did find this place, I stumbled on another possible venue just around the corner called Club Hearts. There was a beautiful sign outside – in English – saying “Foreigners Welcome”. I know from experience that a lot of places in Japan frown upon gaijin motherfuckers like me soiling their girls, so I took this as a message from the Gods.

Just for the trolls: these are not actually “Soaplands” but “Fashion Health Clubs”. Subtle difference but who the fuck cares.

On entry, I was greeted by two likely lads who tried their best to dig out the English version of their price list. I know a little Japanese so just said “Nihongo OK” and read (badly) through the menu options.

The prices were up there compared to Thailand, but acceptable for a trial run. Works out about ¥21,000 for 90 mins. You’d pay the same for a 20 minute fuck in Tobita Shinchi. In Pattaya’s Soapies, you’d have 3 girls for the whole day (okay, maybe I’m exaggerating). The shacho explained that in 3 hours I could fire as many times as I liked, but there was an extra ¥1,000 if I wanted to select a girl. I thought – why not.

I asked him in broken Japanese what girls were okay with a foreigner. He pulled out a bunch of cards from behind the desk. They were twice the size of normal playing cards and instead of regular cards they had photos of the girls and a basic description of them. He dished out 5 or 6 of the ones he thought would suit the best. I have to admit – photoshop was strongly influencing my decision in choice.

The girl I chose, Maki, was dress like a schoolgirl on her card. It said she was 24 and was attending university in Osaka, no children and provided her measurements. I knew this was a lie.

This is when you are shuffled off to the waiting room. There were two locals in there waiting their turn already, and I smiled. They smiled back.

The waiting room has ashtrays and nail clippers. I took the opportunity to cut my fingernails… because, why not? Right?

Around eight minutes later I was ushered out of the waiting room towards the reception area where I met who I thought was the madam showing me to my room. Turns out this was Maki. She was a lot different from her photo… not older, but wearier and definitely less photoshopped. No schoolgirl uniform and she spoke very little English. I decided to go with it for the experience, which was the best choice.

Turns out Maki was a fucking goer. So – if you don’t know what happens in a Soapy then here’s the lowdown. You’re bathed, scrubbed clean everywhere, laid down on an inflatable mattress and pleasured until you can’t be pleasured no more. In Thailand this includes fucking, and the selection process is a lot more “in person”. In Japan, the guy at the front had warned me “Do not pressure the girl into sex”. I didn’t need to try hard, because she did everything but. And I mean butt.

First extraordinary thing – she was humming the whole time. I thought this was a nervous thing. But more about that later.

So after a brief conversation, we undressed. Maki had a decent body – she wasn’t “pretty”, but she took care of herself. She got me in the bath and washed me everywhere, focusing on my balls, dick and arsehole. While in the tub, she sucked my dick, making this slurping noise while humming. She ushered me on to the inflatable mattress, which she’d covered in some sort of lubricant.

She then massaged all of my body with her body. While humming (I don’t know what tune, but Sweet Baby Jesus it was brilliant).

She flipped me over and tongued my arsehole. While humming. If you’ve never had a tongue in your arse during a humming session, get on it. I nearly shot all over the mattress.

I don’t remember everything that happened to be honest, but I blew about three times just with her mouth and body fucking me everywhere but in her vagina. I would never approve of unsafe sex, but I did slip in her arse twice just as she was grinding. Went in so smoothly and I’m sure she did it on purpose. She went for a fourth, but I had to ask her to stop. I was exhausted.

Would I return? Fuck yeah.

I still dream about this visit to Club Hearts.