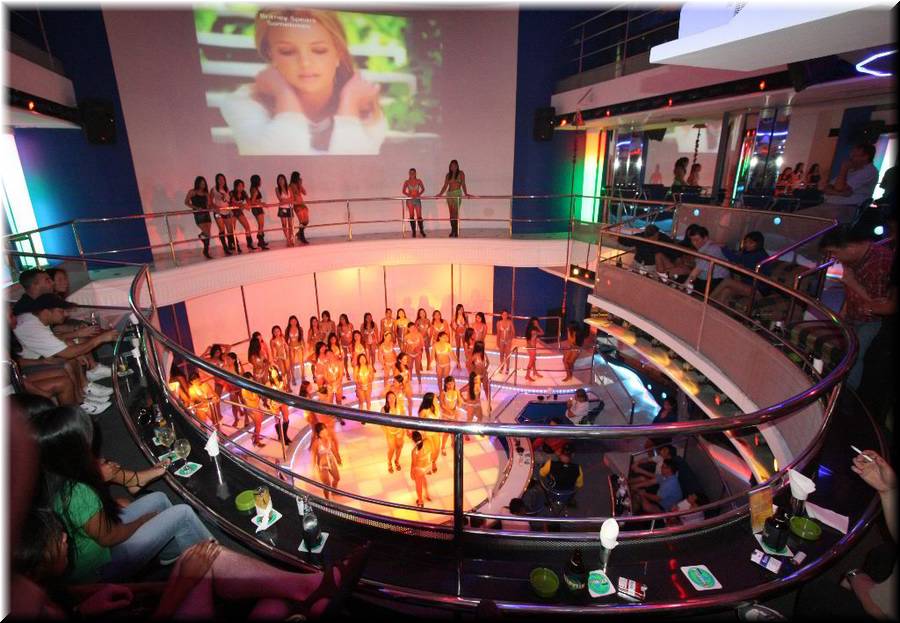 Ok so I’m gonna try and do this. The A-Z of bars (good or bad) that I may be found in from time to time… allegedly.

Atlantis is a mega club more or less the first bar in Walking St, Fields Ave. Generally it’s well known as having a lot of stunners and a massive possibly three levels. The first thing you notice is how large it is! And I’m not talking about what’s in that guys pants. I have to admit though, I’ve never bar fined here… it’s normally somewhere to start the night and then we move on to somewhere seedier.

The servers are good and if you are interested in a girl, they all have numbers you can tell the mama-san, who will usher her over with a laser pointer. I’m still waiting for the day when some poor girl from the province is blinded by an overzealous mama-san with a laser pointer. I have another story about laser pointers but will tell you that another time. On a quiet night Atlantis can be really overwhelming like a large cavern with 100 girls and two dodgy Korean guys sitting in the balcony. On a busy night it can be crazy and too tough to get the attention of staff or girls. Somewhere in the middle is good, but hard to find. One way to get the attention of everyone is to get a stack of P20 notes. They will do this for you at the bar, just exchange P1000 and you’ll be laughing. Make it rain 20’s. I mean a girl will do anything for 35 cents, right?

Overall I like Atlantis, but it depends on my mood. I’m more about dirty grimy bars than mega clubs with floor shows. My rating is 3.5 out of 5.0.

I don’t get a lot of readers. I do this stuff mostly for myself. So I wanted to give a big shoutout to Duke the Dog on Snowman’s Raincoat Reviews for mentioning this article.

Also wanted to say thanks to Emale on this same forum who has officially become my first critic! Cheers buddy! I’d like to reminisce about 90’s Manila also with you at some time.

I started this so I could get some stories down before dementia sets in, and before my brain cells turn to mush. I don’t spend a lot of time on Google, but I do spend a lot of time in bars and I’ve had some pretty crazy experiences in the last 15-20 years. If you enjoy reading about it, or not, that’s cool with me.